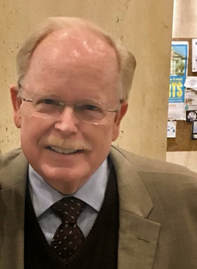 ​The following legislative updates are courtesy of FAME's lobbyist Vern Pickup-Crawford. Vern is the president and consultant of Schoolhouse Consulting Group, Inc.

A busy bill day as many got their first hearing of the session. Here is a  rundown of a number of those affecting public schools:
Of note tomorrow:House Education Committee members on Thursday will take up a scholarship bill similar to that contained in SB7070. EDC-19-01 was just filed late today. It mirrors the Senate version, which, in turn, is based on Governor Ron DeSantis' recommendation last month. The qualifying poverty level, however, is 300% versus 260% in the Senate version. The program would be funded from the FEFP and administered by a scholarship funding organization (SFO). The bill contemplates 28,000 new scholarships in FY20. Both the bill and staff analysis, which this one is important to read, are attached.

Last, for the first time in years, the Democratic Caucus has developed its own version of a 2019-2020 state budget for comparison with that released last month by Governor Desantis. It is attached for your information. Both chambers will independently develop their own budget plans, the starting subcommittee level we should see by the end of next week.

More on the administration's budget from yesterday: proposed for elimination are Title II professional training funds, elimination of Title IV programs and elimination of the 21st Century grants. These cuts were also recommended in the past two budget years. Education Week today produced an easy-to-follow graphic which I've linked here for your information.
Meanwhile, school district legal counsel and others should note the release from Education Secretary Betsy DeVos that the department has opined that the restrictions in ESEA against the use of federal dollars for private religious schools are unconstitutional and, therefore, the department will not be enforcing any violation. The decision is largely based on last year's Supreme Court decision involving playground equipment given a Lutheran Church in Missouri. The court stated the ruling did not address program dollars.

The US-Ed announcement is here.

*Any mention of commercial products or services on any Florida Association for Media In Education communication platform is for information only and does not necessarily constitute an endorsement by FAME.